In the orchard the surface of the fruit with a powdery white coating that can be easily rubbed off. The coating is referred to as bloom and consists of minute scales of wax. The wax is excreted by the epidermal cells of the fruit. The wax coating helps preserve the fruit and reduce evaporation. In an article by Belding et al. (1998) they determined that ursolic acid accounted for 32 to 70% of the hydrocarbons that make up the epicuticular wax. Alkanes, predominantly 29-carbon nonacosane, comprised 16.6% to 49%, primary alcohols 0 to 14.6%. Secondary alcohols were the most cultivar specifice making up 20.4% of the wax on Delicious and only 1.9% on Golden Delicious strains.The quantity of bloom varies under different environments. Apple cultivars such as McIntosh, Empire and Holiday will have distinctive quantities of the waxy bloom. Usually the bloom is removed in the packing operation when the fruit are washed and then brushed. 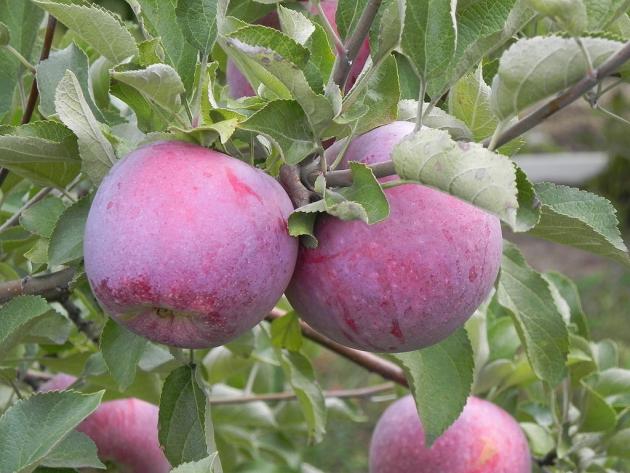 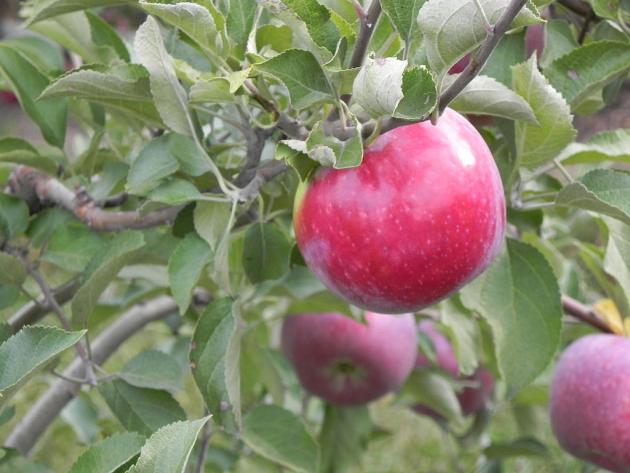