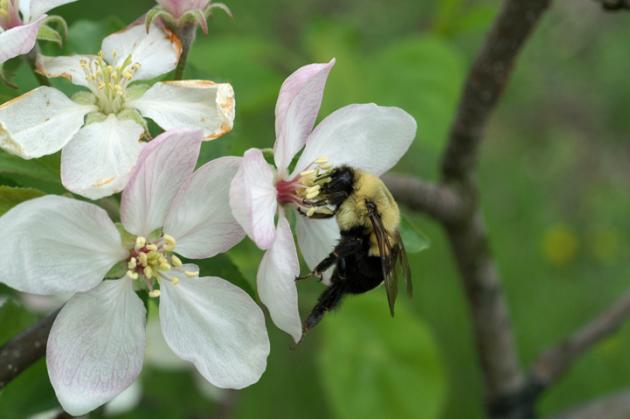 Apples require cross-pollination for optimal fruit set and size.  Cross-pollination involves the transfer of pollen from one apple cultivar to another by pollinating insects, such as bees which are referred to as pollinators.  The cultivar supplying the pollen is called the pollinizer.  For successful pollination to occur, bloom periods must overlap.  Triploids apple cultivars, such as ‘Mutsu’, ‘Jonagold’, and ‘Shizuka’, cannot supply viable pollen and are unsuitable as pollinizers. 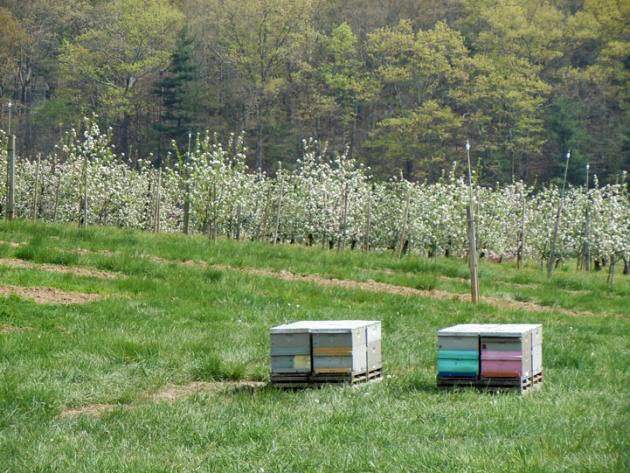 Apples are generally categorized as having early, mid or late season bloom periods. To assure adequate pollination, select at least 2 to 3 cultivars that bloom within the same time period.  Crabapples can also be used as pollinizers when they are interspersed in the row.  One cultivar commonly used for pollination of many cultivars is ‘Golden Delicious’, which is considered a mid-season blooming cultivar.